Alice Wairimu Nderitu is an armed conflict mediator, ethnic relations educator, and Adviser to the Centre for Humanitarian Dialogue on Africa. She is a Member of the Women Waging Peace network and the Kenya National Committee on the Prevention and Punishment of the Crime of Genocide, War Crimes, Crimes Against Humanity and All Forms of Discrimination. She is also a member of a group of male Elders mediating confidentially between African leaders at the highest levels. Alice was Commissioner of the National Cohesion and Integration Commission in Kenya, a founder and Co-Chair of Uwiano Platform for Peace, a conflict prevention agency largely credited with leading efforts in ensuring peaceful processes during the 2010 Constitutional referendum and 2013 Kenyan elections. Alice now leads mediation in various States in Nigeria as the first woman to do so. She has mediated processes that resulted in peace agreements signed by 10 ethnic communities in Nakuru, Kenya, 29 ethnic communities in Kaduna State, Nigeria and 56 ethnic communities in Southern Plateau, Nigeria. Alice holds a Masters degree in Armed Conflict and Peace Studies from the University of Nairobi.

She is a Transitional Justice Fellow of the Institute for Justice and Reconciliation. Alice holds various awards, including 2012 Woman Peace Maker Of the Year, Joan B. Kroc Institute for Peace and Justice, University of San Diego, USA; 2017 Global Pluralism Awardee for commitment to conflict prevention throughout Africa and innovative approach to mediation and the Simon Fraser University’s recipient of the 2017/18 Jack P. Blaney Award for the promotion of Dialogue.

She has also authored book chapters, including Minding the Gap: African Conflict Management in a Time of Change, edited by Pamela All and Chester A. Crocker (Published by CIGI, 2016). 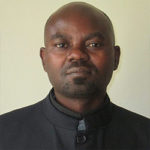 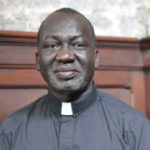 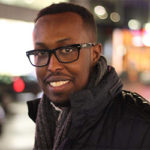